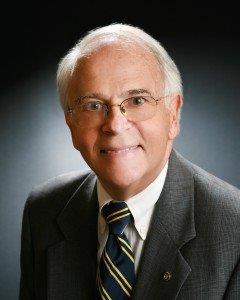 Having lived in Chattanooga all his life, Charlie knows Chattanooga and its people. He graduated from the relatively new-at-the time Normal Park School in North Chattanooga (now a premier magnet school), then Baylor School, and Tulane University in New Orleans. He has always had a rich sense of history and place and love of the South, which probably emanates from being so aware of the Civil War history in and around Chattanooga that he was raised with as well as in his New Orleans days. That is a city that before and after Katrina will always be in his heart for its grace, historic charm and welcoming party attitude.
Charlie’s father, the founder of the Herman Walldorf & Co. in 1926, met and married Florence Holzer from New Orleans in the late1920’s. Flora Harkey, Charlie’s first wife, is also a native of New Orleans and Chattanooga transplant. They have four children and 9 grandchildren. Son Dr. Will Walldorf is a professor at Wake Forest University, with 3 children. Daughter Polly Walldorf, is a commercial designer and mother of 2 sons in Boston. Daughter Sara McNabb has a son and daughter in Roswell, Georgia. She was a Realtor with Walldorf prior to her marriage to Scott. Nathan Walldorf, a founder of Young Life in Guatemala, is a third generation Realtor with the firm. He began in 2005. His wife Eda is president of Green & Lofty Development Company in the home building and remodeling business as well as being a Spanish teacher, first at GPS, now at St. Nicholas School. They have 2 sons. Nathan and Charlie are the father-son team approach who combine youth and experience.
Flora died of cancer in 2010, and Charlie married Catherine Duff Latimore, a native of Lookout Mountain, a GPS and UGA graduate, a grandmother of 4, as well mother of two daughters, Cakki Namarato (Jim) in Richmond, and Mary Duff Rineri (Mike) in Greenville, South Carolina. Catherine’s first husband, David Latimore, a real estate appraiser in Chattanooga, Atlanta and Newnan, Georgia, also died of cancer in 2005. Charlie and Catherine have homes on Lookout Mountain and Newnan.
Charlie’s accomplishments include being named Realtor of the Year in 1982, President of Chattanooga Association of Realtors in 1986, Director of Tennessee Association of Realtors, past Deacon and Elder of Lookout Mtn. Presbyterian Church, Goodwill/Tulane Alum/Baylor Alum/Salvation Army/Houston Museum, a founding member of the Bessie Smith Jazz Festival and Lookout Protection Association, in various present or past director positions. He holds Graduate of the Realtor Institute and Certified Residential Realtor designations as well as a Bachelor of Arts degree from Tulane.
Walldorf has been recognized nationally for production by Relo, Leading Real Estate Companies of the World’s production and service to the luxury market network, including Who’s Who in Luxury Real Estate.
Charlie and his brother, Rudy, own separate residential and commercial divisions of Herman Walldorf Company, the firm their father began in 1926. They are proud of the rich heritage, integrity and commitment their family has brought to the Chattanooga real estate business and proud of the level of service their sales people offer to buyers and sellers. The Walldorf name is the oldest in Chattanooga and the family continues in the real estate business and leadership roles today.

Discover this brow-side condominium atopLookout Mountain, TN. All the living is one level and upstairs. Three ways to access are the elevator ,chair lift or walk up the s...

The perfect blend of comfort and elegance in this 4+ bedroom, 4 full and 3 half bath home on Lookout Mountain's stunning eastern brow with city lights views! This 1930's ...

Price Improvement! Hard to find 3BR/3BA home in the heart of Lookout Mountain TN! Loaded with charm and character and situated in most lovely, private setting, this home ...

JAN. PROMO: FREE HOA FOR ONE YEAR!!! TO BE BUILT: Still time to choose your structural options & interior selections. The EVERLEIGH Floorplan has an exterior location w/ ...